Welcome to the Golden Age of Audiobooks

Audiobooks are the fastest growing medium in publishing. How far have audiobooks come? The first audiobooks were called “Talking Books” and were created in the 1930s for people with visual disabilities in America and Britain. This group included war-blinded soldiers and blind civilians who couldn’t read braille.

It was illegal for sighted persons to listen to LP audiobooks from 1934 until 1948, because publishers and authors’ unions controlling royalties and rights did not want them made available for public sale. They might cut into book sales! 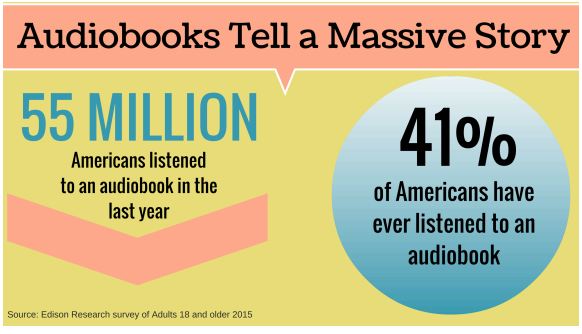 Audiobook listening on Audible rose 35% last year, and audiobook sales have increased 20% worldwide each of the past three years. There is still a lot of room for growth!

The number of books being given a voice is rising dramatically, but there are still far fewer audiobooks in each genre than print and eBooks. It’s a great way to reach a new fan base in your genre. 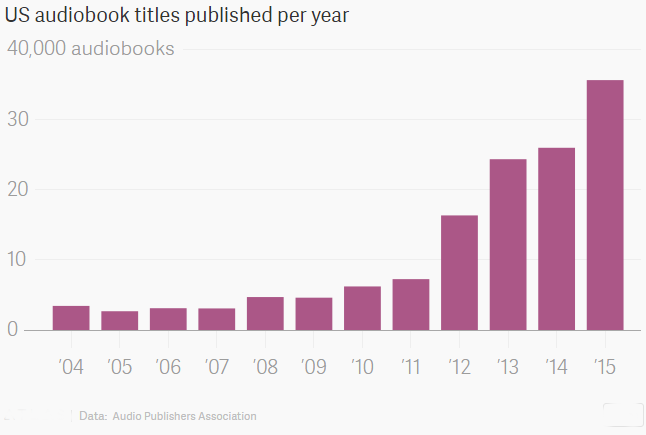 Audible offers production services through ACX, but to receive a 40 per cent royalty rate publishers must hand over exclusive distribution rights to ACX (compared to 25 per cent if rights are retained to distribute on CD, to libraries, on other retailers and internationally.)

“Podcasts are the gateway drug for audiobooks” …the words of Tom Webster, Vice President of Strategy at Edison Research, at the 2016 Audio Publisher’s Association Conference in Chicago. Webster pointed to an explosion in podcast listening as a major reason why audiobook listening is on the rise. He explained it’s directly tied to an increase in listening over smartphones. Those who consume podcasts on a weekly basis listened to an average of five podcasts per week. 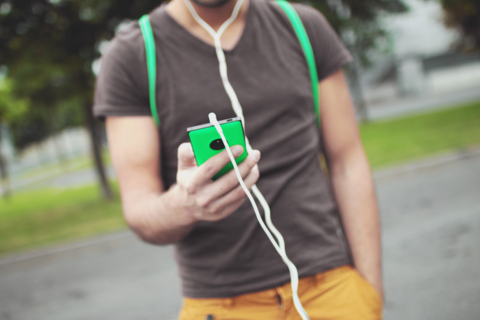 “Media consumption is showing signs of being dramatically changed by both technology and by new paradigms,” said Edison’s Webster. “The rise of alternative content forms, such as podcasts and ‘bingeable’ content from on-demand video services is subverting the myth that our attention spans are shorter.”

When I told a teenager recently I was an audiobook narrator and producer, he told me enthusiastically, “I listen to audiobooks! Those are the really long podcasts!“

No more cassettes, (almost) no more CDs; audiobooks are now just a click away. Digital downloads now account for 85% of listening. Beyond smartphones, new cars are including Audiobook listening apps, libraries are using services like Overdrive to offer free listening, and even Amazon’s Echo devices play audiobooks. 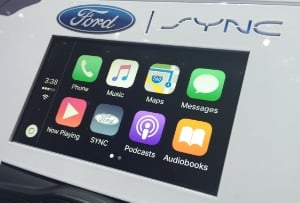 Audiobook publishing and production costs are falling. Depending on the producer and narrator, a self-publisher can expect to pay anywhere from $600 up to $4,000 per title. The major publishers who have a cast of actors, music, and sound effects – creating more of a radio play than an audiobook, spend over $50,000 for an audiobook production.

Please give your books a voice, and join the “Golden Age of Audiobooks.”

Richard Rieman of AudiobookRevolution.com can help you produce your audiobook. He is an audiobook self-publishing consultant, a top Audible narrator, and an in-studio producer of authors narrating their own titles. Richard is author of “The Author’s Guide to Audiobook Creation,” Gold Medal Winner of the 2016 Global eBook Award in Writing/Publishing.

You can learn more about Richard and his projects at his website Audiobook Revolution Productions. He can also be found on Facebook, Twitter, Google+ and You Tube.